If you are looking for a product to help easy pick-up and grab objects in hard to reach places, Portable Grabber & Reacher Tool is the product for you! No Bending, Climbing, Or Straining Your Back Anymore! 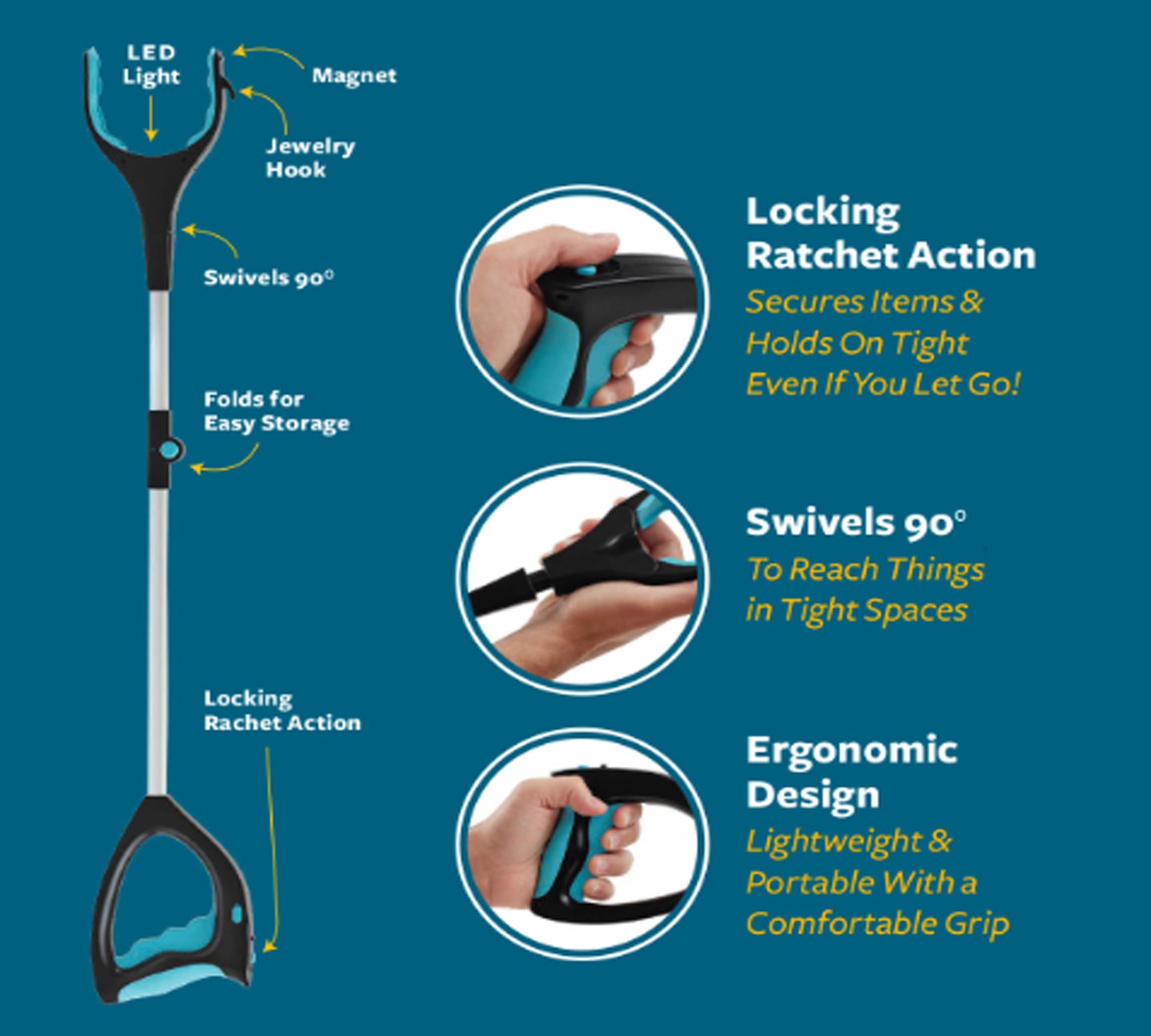 We truly believe we make some of the most innovative products in the world, and we want to make sure we back that up with a risk-free ironclad 30-day guarantee.

If you don't have a positive experience for ANY reason, we will do WHATEVER it takes to make sure you are 100% satisfied with your purchase.

Buying items online can be a daunting task, so we want you to realize that there are absolutely ZERO risks in buying something and trying it out. If you don't like it, no hard feelings, we'll make it right.

We have 24/7/365 Ticket and Email Support. Please contact us if you need assistance.

Over the years I have used various hand reacher products from different sellers. This Reacher is by FAR the best I have ever used. Not only does the head rotate, but it locks in place when it is rotated. To rotate the head, pull it slightly away from the square tube, rotate it, and then push it back into place, where it locks. It will remain in that location until you pull it out to rotate it to a new position. It is also has a square tube that is much stronger than the other hand reachers I have used. I have been able to pick up much heavier objects without fear of dropping them. I liked it so much, I bought several more to put in my dressing room, bedroom, and office.

I am confined to a wheelchair due to a back injury, and this RMS Hand Reacher has made my life so much easier. I expect it to last much longer than the others I have tried.

I rarely leave product reviews, but in this case I felt compelled to spare others the time and disappointment of trying other hand reachers before they discovered this one. 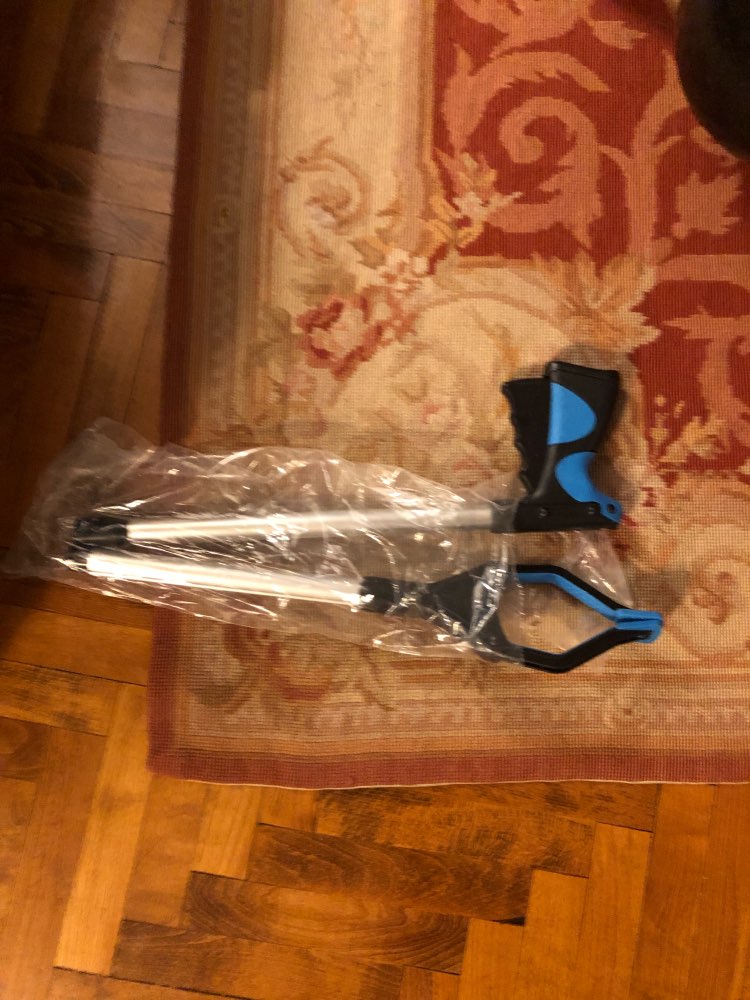 Most Used Reacher ! Practically Everything ! Still Have To Use Your Head ! Especially Full Perrier Bottles That Can Slip Out ! Soft And Comfortable To To The Touch ! Can Pick Up Paper ! Dime Size Button ! True Love ! Big Thumbs Up ! Awesome Handy !

Great for use in the kitchen for my short wife, as well as myself since I just had surgery and can't bend over. It would be better if it opened the jars for you. But that's another product. Keeps a good grip both for the jar or box, as well as my wife. Way safer than a step ladder (I should know), and handy. 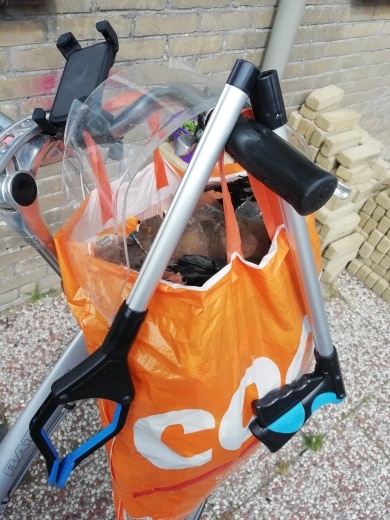 M
M.R.
Happy with my purchase

I've had other grabbers that did not close or hold an item I tried to retrieve. It's not fun when it dropped a can on the floor, denting it and couldn't pick it up. But not with this grabber. It does everything I need it to do. It's well made and quite sturdy. The handle works well for me even though I have arthritis in my hands. Well worth the cost. Happy with this purchase. 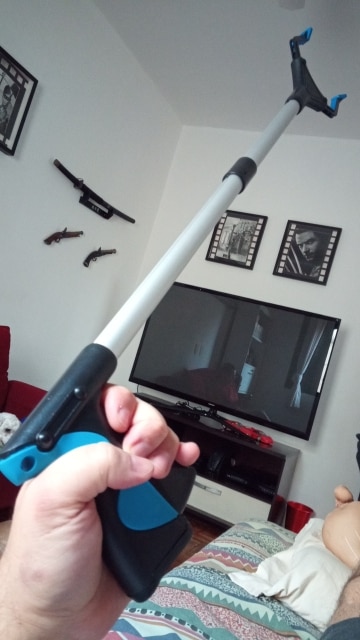 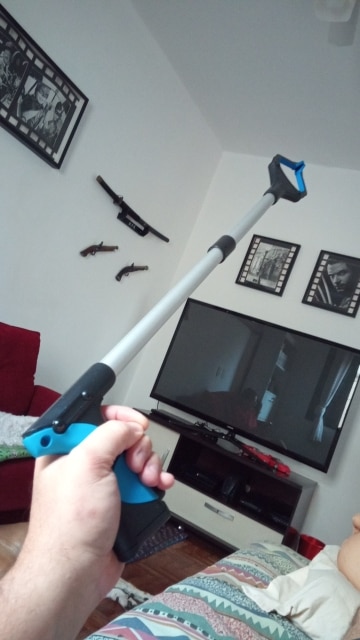 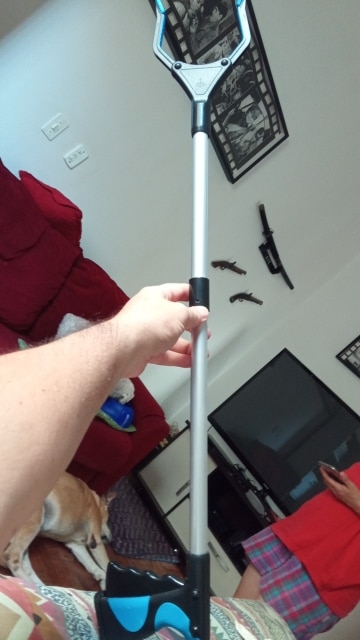 Due to a current medical condition, I am unable to bend over to pick items up off the floor. I got this grabber and hoped it would assist me with little everyday tasks like picking up dog toys, laundry, dog dishes, items accidentally dropped, etc. Let me tell you, this has been a life saver. Not only am i able to pick up those things and more but I am truly amazed at how wonderful this simple item is. I've picked up pieces of paper and, unbelievably, lint and even a tiny scrap of cellophane that I noticed on the carpet. This grabber is exactly what I needed and I'm so glad I got it. 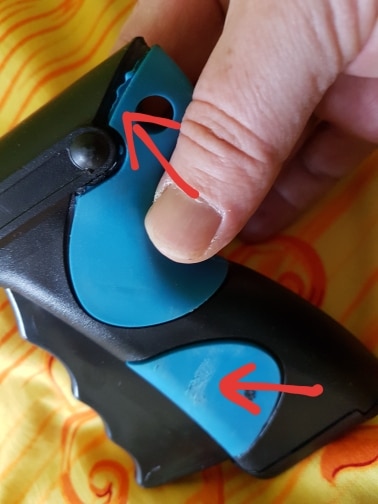